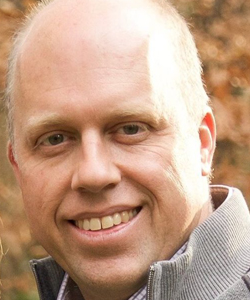 Bryan is a 1992 graduate of Duke University with a B.A. in Public Policy and Political Science.  He received a Master of Divinity from Columbia International University in 1995, and a Ph.D. in New Testament from The Southern Baptist Theological Seminary in 2003.

He has held several ministry positions from 1992-1999 for various age groups and roles, including college and graduate students and Pastor of Education and Outreach in Aiken, SC which included ministry to couples, youth and senior adults, and other pastoral duties including preaching.

Out of a desire to teach, he entered the Ph.D. program at Southern Baptist Theological Seminary with concentrations in New Testament language, literature, and theology. While at SBTS, he served as an adjunct professor of Greek at Boyce College and Minister to singles at Springdale Church.

He was a member of the Evangelical Theological Society and presented papers at their conferences. Since 2004 he has served the local church as Bible teacher and small group leader, and elder, as well as preaching for his local church.

He has been a founding member of a ministry based in Georgia that brings in speakers, trains and equips believers to live more deeply in calling and ministry. He has hosted several authors and speakers and has built relationships through this ministry and relationships from living in his hometown since before and after college.

He has worked in corporate marketing for the last 15 years, including his current role as the Brand Manager of Luxury Sports Rugs.

Bryan has been married for 25 years to Lynn, and they have 2 daughters, Sarah and Ann, ages 23 and 19. Sarah is a graduate of Lee University and teaches second grade in at a local elementary school, and Ann is a student at Samford University.

Bryan is working on his first book to release in 2021 titled Made for Eden: Promises and Provisions of the Life God Created You For.