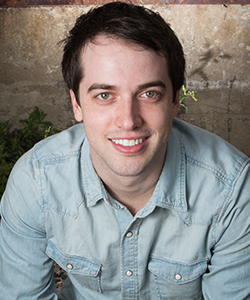 Jonathan Malm is an author and creative entrepreneur.

He grew up in the mountains of Guatemala as a missionary kid, and then moved to Texas where he finished his high school and his Bachelors degree in Marketing. After college, he began working at a church as a creative director where he had his hand in everything from leading worship to running the technological side of things.

During that time, Jonathan developed a passion for the creative process and for helping churches effectively and creatively communicate. He launched multiple websites and blogs, along with the help of many creative voices within the Church, that explore every facet of church creativity. Those websites grew and he eventually made the transition to self-employment so he could focus on managing those projects. He reaches over 70,000 people each month with his projects.

Jonathan’s had the privilege of speaking at many conferences and even directing a conference for creative church communicators. He’s passionate about helping people think differently about their jobs and about creativity.

He lives with his wife in San Antonio, Texas where he writes and roasts his own coffee beans. 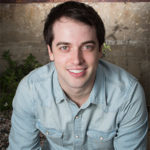 I so appreciate Blythe's ability to think creatively about the publishing process. When others seem restrained by the rules of the industry, Blythe believes in me as an author enough to try new things. That's the type of person I want to work with.