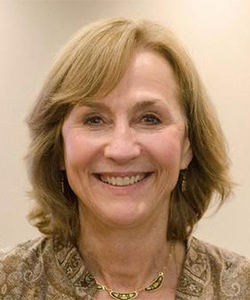 Ingrid Faro, Ph.D., M.Div., learned early that scholars and academics are often too far removed from the Church and unable to speak the “shoes‐on‐the‐ground” living that the Bible teaches. Jesus could talk to anybody. Faro believes that if the gospel we preach and the theology we teach can’t walk into any room, any situation, and any culture, it’s missing something vital.

Faro began her career as a dietitian/nutritionist in hospitals, community action agencies, clinics and a university.  After that, she managed health insurance agencies that she had started in order to serve small businesses and individuals. Faro’s first husband, training to be a pastor, while admitting to infidelity, refused to admit his violence and their marriage ended in divorce.

Faro, as a divorced woman, felt and was told by some that she was disqualified to ever serve in ministry. She threw herself into building her businesses. She loved God. But she felt alienated from Him and from His people.

Faro remarried, and she and her new husband joined a church with a kind and biblically solid pastor. Healing began. Faro and her husband had a son. Life was good. Then, when her son was 2 years old, her husband became ill due to medical malpractice. The next nine years, his health continued to deteriorate. Faro’s days were filled with trying to deal with his pain, surgeries, and visits to the ER.

During her season of crying out to God, Faro sensed His clear call to go to seminary. Faro had questions. And Faro knew the Lord was telling her to seek answers from His Word from digging in the Greek and the Hebrew. It was an invitation to wrestle with God and herself about life, pain, suffering, and purpose. Faro’s husband encouraged her studies. However, when Faro’s son was 11 years old, her husband gave up, and took his own life.

Faro determined to finish her studies.  After years of hard work, Faro graduated from Trinity International Divinity School, Deerfield, Illinois, with a PhD in Theology, concentration in the Old Testament.  She accepted her first position with the Scandinavian School of Theology, Uppsala, Sweden where she worked as Associate Professor of Old Testament.

While continuing her work with Sweden, Faro earned a spot back at Trinity Evangelical Divinity School where she served as Director of Masters Programs, and Affiliate Professor of Old Testament. Faro managed the MDiv Program and other theological Masters Programs and also taught Masters and PhD courses in Old Testament, including Genesis and the Theological Foundations of Evil, Hebrew Exegesis and Old Testament Theology. Faro also became a sought-after speaker for churches and conferences, speaking frequently across the country and overseas.

Faro was asked to interview for the Dean of Academic Affairs and Associate Professor of Old Testament at Northern Seminary.  She accepted the position and began there in summer 2018. She has spoken for Evangelical Theological Society, Institute of Biblical Research, Society of Biblical Literature, and Theology Conference for Women at Trinity Evangelical Divinity School. She has been an interim pastor for the International Church of Shanghai in Shanghai, China (English-speaking) and national leader discussion group with the Evangelical Free Church of America.