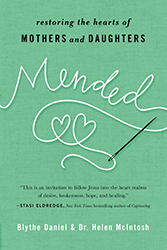 Mended: Restoring the Hearts of Mothers and Daughters
by Blythe Daniel and Helen McIntosh

You know the rhyme about sticks and stones isn’t true. Words can wound, and when those words are exchanged between mother and daughter, the damage can seem impossible to undo.

Mended gives you the script you need to speak life into your relationship with your mother or daughter. Discover powerful words that usher in healing for wounded hearts and rebuild, restore, and reconcile your connection.

Through Scripture, prayer and practical applications, you will…

If you have a rocky history with your mom or daughter, you don’t have to repeat those patterns of brokenness. God wants to mend your heart and make you whole. 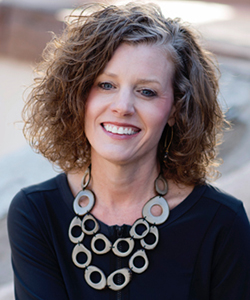 Blythe is a literary agent and marketer who secures books with publishers, conducts publicity campaigns and online marketing. She helps writers build the right book proposal, secures contracts, promotes books, and has placed authors in the national media. She has worked in publishing for more than 20 years and represents bestselling non-fiction authors and new voices.

Blythe started in media as the Public Relations/News Director for WNAZ-FM in Nashville, Tennessee as a news reporter and host of two weekly radio programs. She became a publicist for Christian and country music artists and a writer for trade and consumer publications such as CBA, Christian Retailing, Focus on the Family publications, CCM Magazine, and others.

She spent seven years working as Publicity Director and then Marketing Director at Thomas Nelson Publishers (now Harper Collins Christian Publishing) where she directed hundreds of publicity and marketing campaigns. In 2004 Blythe moved to Colorado and worked as the Product Development Manager for Ransomed Heart Ministries founded by New York Times bestselling authors John and Stasi Eldredge. She opened her agency in 2005, and is a member of CBA and AWSA.

Blythe has a Bachelor of Arts degree in Mass Communication from Auburn University with a minor in Journalism. She lives in Colorado Springs with her husband, daughter, and boy/girl twins. Blythe actively works with the next generation ministry at their church and loves talking about God, exploring places and conversations with her family, and watching Auburn football games and Hallmark movies with Starbucks in hand.

Blythe and her mother Helen McIntosh are the co-authors of Mended: Restoring the Hearts of Mothers and Daughters (Harvest House Publishers, 2019). 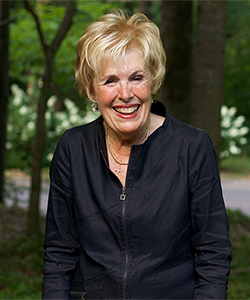 Dr. Helen McIntosh has a doctorate in Counseling Psychology, is a counselor certified in Reality Therapy, is an author and inventor of The Peace Rug®, a tool to help resolve conflicts among students. Her book Messages To Myself: Overcoming a Distorted Self-Image (Beacon Hill Press, 2009). As a school counselor, she wrote the book, Eric, Jose & The Peace Rug® (2006) to help students resolve conflicts with peers. With it, she developed the tools students needed so they would no longer remain “victims.” She spent 18 years in public education and wrote “Tears & Fears” – a resource in the back of the book: Lifting Our Eyes: Finding God’s Grace Through the Virginia Tech Tragedy (Penguin/Berkley, 2007).

She has written for Guideposts and ParentLife, and has been reviewed in HomeLife magazine, Chattanooga Times-Free Press, the Daily Citizen newspaper and others. She has appeared on TV shows and many radio interviews and has been featured on the cover of Boomer Times and Senior Life which is inserted in the Miami Herald, and has done radio interviews for World Talk Radio on Voice of America. She has been a guest columnist on The Christian Post and other websites and blogs.

She has written over 150 posts as guest columnist for www.braveandresililient.com. She also has authored a pamphlet given to neurology patients entitled, “Grief, Depression, Parkinson’s & You.” She has done volunteer counseling in northwest Georgia.

She is the co-author of the book Mending the Hearts of Mothers & Daughters with her daughter Blythe (Harvest House, 2019).

She resides in Georgia with her husband Jim of 50 years. They are the parents of Dr. Bryan McIntosh (and his wife Lynn) and Blythe McIntosh Daniel (and her husband Art). They are the grandparents of four granddaughters and one grandson. Helen says she loves people and she loves problems to solve. She is known as an encourager, a truth-teller and clarifier. She says, “I mostly hope people see Jesus”!

I Made the Earth

Prayers from the Parking Lot