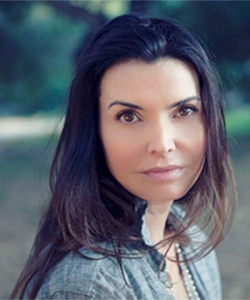 Michelle Madrid-Branch is a weaver of words, advocate for women and for children without families, an international adoptee, and a passionate believer in God’s unfailing love. She has written two acclaimed books on the subject of adoption, and is currently writing an inspirational title for women. Michelle has been referred to as a “world-wide voice on adoption” by Adoption Australia, as well as a “woman answering her calling,” by Woman’s Day Magazine. A former Emmy-nominated television news journalist, Michelle was inducted into the New Mexico Women’s Hall of Fame in 2006 and honored with the Governor’s Award for Outstanding New Mexico Women by Governor Bill Richardson. She is the recipient of the 2004 Congressional Angels in Adoption Award.

Michelle is a wife and a mother of three children, two of whom were adopted internationally from Russia and Ethiopia. With a shared passion for adventure and service, Michelle and her family live and travel worldwide. Their current home is in Santa Barbara, CA. 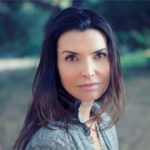 The Blythe Daniel Agency continues to be a source of support, wisdom and encouragement. Blythe's belief in me has been such a tremendous gift as I journey through the writing of a new book. More than an agency, BDA feels like a family: one that prays for every member within its fold. This writer is grateful beyond words. Thank you!